Yesterday I led my first walk in over a year. On April 18th 2020 I was meant to be taking a group over Ingleborough with Friends of the Settle Carlisle line. That walk was of course cancelled. Yesterday's outing was a very different affair. Just 5 walkers and me (it was planned when the rule of 6 applied) on a 5 mile stroll between two of our local villages, Baildon and Bingley. The path between the two follows the wonderfully named Sparable Lane. A sparable was a cobbler's nail used to attach heels to boots and shoes and so-called because it was shaped like a sparrow's bill. There is no record of a cobbler's shop along the lane but it has been suggested that it was originally known as Sparrow's Bill Lane. I love ancient pathways; I love the stories they could tell, the hints that their names give to their origins and the fact that an old by-way was often the quickest, most straightforward way to connect two places. 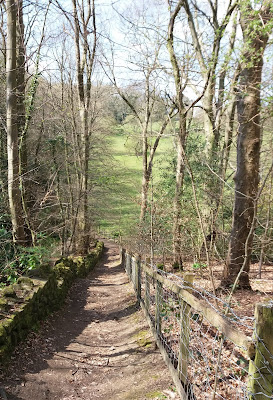