I was delighted that my story 'Fading Fast' has won a Flash Fiction competition run by The Craft House at Saltaire and judged by Alyson Faye, an author whose work I enjoy very much. Here it is - enjoy! 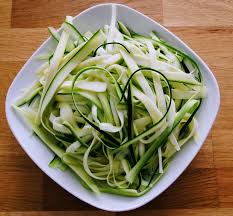 The first thing Kate gave up was carbs. She swapped spaghetti for courgetti and tried unsuccessfully to make pizza without dough. When her daughter made muffins at school Kate showed her The Truth About Sugar on YouTube then chucked them in the bin.


Meat came next. Sunday dinners became a thing of the past and the mere suggestion of a burger provoked a shudder of disgust from Kate. Her husband started taking the children for walks after tea and Big Frank at the chip shop was happy to oblige, double wrapping cod suppers for them to eat in the park.


Dumping lattes for ‘Americano, no milk’ signalled the end of dairy and the fridge was purged of eggs. The kids rebelled and refused to eat the crispy kale that was no substitute for Walkers cheese and onion and made them both targets of ridicule at school.


Alcohol was the last to go. Kate struggled to accept that anything as reviving as her evening pinot grigio could be seriously bad for her.


‘You’ll fade away,’ said her mother, secretly wondering if a change of diet might do the same for her cheekbones as it had for Kate’s. Her reluctance to attempt to pronounce ‘quinoa’ in Aldi and her love of millionaire’s shortbread soon put paid to that.


By Easter (no chocolate, the children got grapes) Kate was colour coding her food. A traffic light diet of plant based, guilt free, clean-eating meals.


Green for breakfast, a smoothie of cucumber, spinach and kale. It tasted disgusting, a sure sign thought Kate it was doing her good. Amber at lunch time; pumpkin soup and carrot sticks and mango lassi made with almond milk and turmeric. And red in the evening for suppers consisting of cranberries, tomatoes and plums. Her husband took the children and moved in with his mother.


As her flesh melted away Kate experienced a lightness of body and mind she had never previously known. She rejoiced as the outline of her skeleton became clearly visible through her increasingly translucent skin, no longer muffled by pillows of muscle and fat.


She stopped going to work; shopping and juicing took up most of her time. She barely noticed her children were gone.


Before long her bones took on a crystalline quality. Still solid, but see though and shimmering. Passing the hall mirror one morning she was amazed to see the reflection of the coat rack that hung on the wall behind her quite clearly through the reflection of her own face.


Delighted, Kate reconfigured her menu to include only clear foods; ice cubes and cabbage water, ginger tea and lemon jelly set with agar-agar. She considered adding vodka but decided against it.


When her mother called round she was sure Kate was out. She was about to leave when she felt a draught, a stirring of the air in the apparently empty room.

Posted by Chris Grogan at 07:25 No comments: